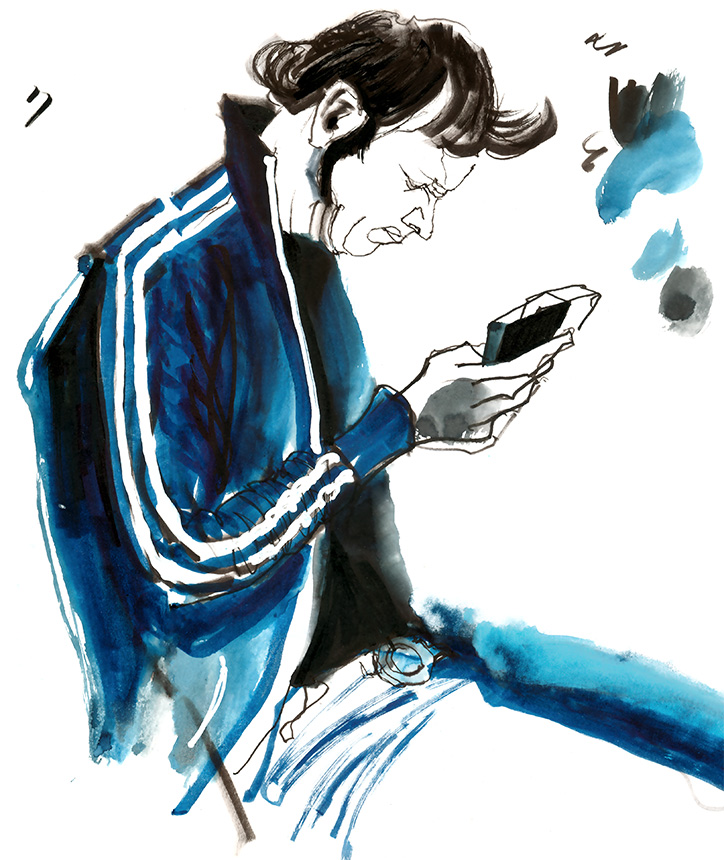 FYI you’re a contradiction, dressed up in a slim bright box. Designed to catalyze communication but decided to ruin the conversation: Parents ignore their children, children ignore their parents. Lovers don’t stare into each other’s eyes anymore, they stare blankly at you instead. Yes, friends still gather but there’s no lively chatter, just the faintest clatter, of furious thumbs on touch sensitive screens.

BTW do you notice the Analogue Age veterans, raise their accusing fingers to poke? And do you hear them turn to each other and say,

“Back in our day people spoke.”?

You’ll get no sympathy from them, they’re not LOL. In their eyes you’re a dangerous distraction for driver and pedestrian. A relentless bully, who hides anonymous in the crowd.

On my eyesight, you’re such a terrible strain and men in white coats say you’re affecting my brain. So why don’t you just SWYD?

Don’t get me wrong I’m no Luddite, I just think it’s a shame, one day OMG I might wake up and forget my own name,

FYI (For your information).

SWYD (Stop what your doing).

Analogue Age veteran: Anyone who remembers the rotary dial.